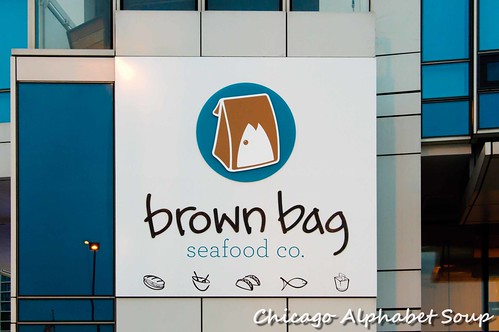 When coming off of the long winters that we experience, it is nice to get outside to see what’s new. When I say that, there is a very strong possibility that some new building has gone up on the landscape in a part of downtown that you may not frequent, some old establishment you may have gone to in the past has closed, and there may be  new businesses opened. While wandering through the new Maggie Daley Park and exiting to East Randolph Street, I noticed a set of new skyscrapers and a certain restaurant marker for a restaurant named Brown Bag Seafood Company. At 340 E. Randolph Street, I had to see what offerings this new restaurant had on the menu. 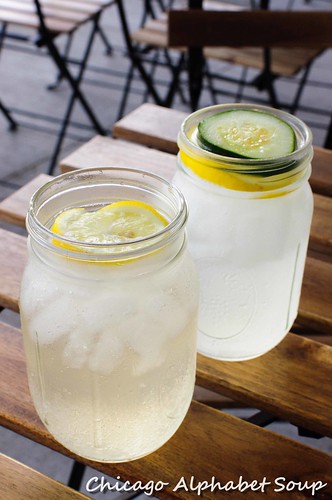 There was the popular Chipotle way of ordering — pick a sandwich, taco, salad, or some other options, and then pick the kind of seafood you want, yada-yada-yada, dabba, dabba, dabba. What caught my eye most was the lobster roll, so I pulled myself out of Chipotle mode and placed my order. After finishing, I sat on the patio and had a refreshing ginger lemon spritzer while I waited for my first order, which was a cup of grilled brussel sprouts and pickled onions. I like brussel sprouts. I love grilled brussel sprouts, especially if they are as appetizing as those at Brown Bag Seafood Company. 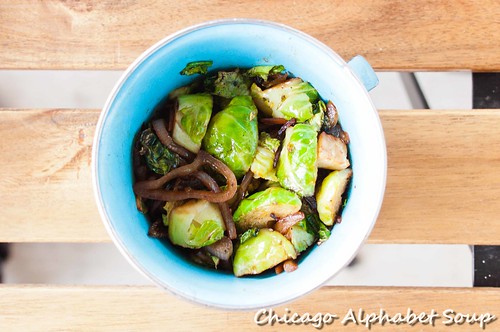 Going to a seafood company and not ordering a cup or bowl of clam chowder or bisque is a crime. There was clam chowdah — note the misspelling — on the menu and I had to have it. After the first spoonful, it had become apparent that I should have ordered a bowl of it rather than a cup. Or I should have ordered two cups instead. There was no fancy modification to the recipe, rendering the soup unrecognizable to the palate the way I have had it at some restaurant. Loaded with potatoes and clams, this made my Best Clam Chowder in Chicago list. 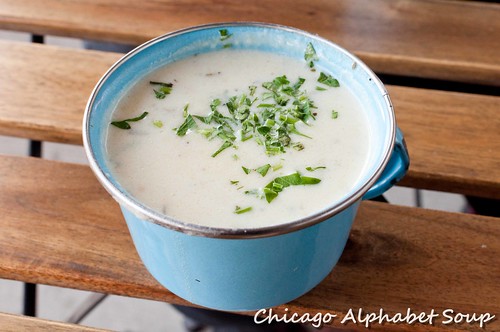 Now, clutch your pearls, your pocketbook, your smartphone, your martini. I can’t speak for anyone else, however, I can say definitively that I have now had the best lobster roll ever. The lobster was a chunks, which was a winner from the looks of things. Seasoned well and in a slightly spicy mayonnaise, not just regular mayonnaise with a hint of some herb along with salt and pepper, I declared loudly on the patio, “Oh my God!!!” I had not an iota of shame. Hello, Best Lobster Roll in Chicago. To make matters even more worthy of loud declarations, the tater tots that came with it were accented with truffle parmesan. By now I had a jar of cucumber mint with gin. And there was a remarkable sunset behind the skyscrapers to the West. 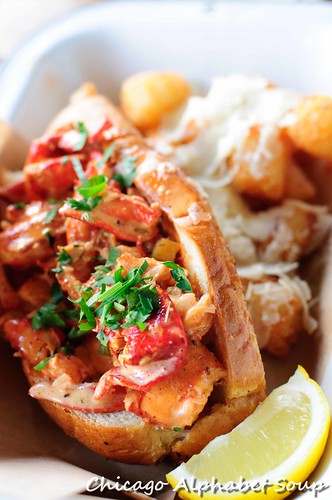 The one disappointing thing about Brown Bag Seafood Company is that there is no location in Logan Square. Yes, I know that sounds self-serving, but there needs to be a location along Milwaukee Avenue between the roundabout and Diversey Avenue. The new spot can have booths and tables inside, as well as outdoor seating like the E. Randolph Street restaurant. The menu looks like there are several options for those with a love of seafood and I shall have to return to try some of the other menu items. In the meantime, I think I shall have to see if there are any other new eateries that have popped up in some part of the city where I have not been in the past year. Brown Bag Seafood Company has won me over, for true.