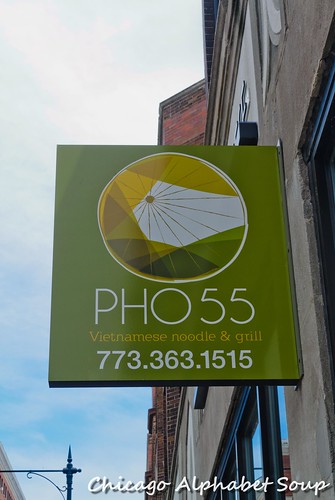 In previous posts, I have mentioned how Hyde Park has been undergoing changes. And these are welcomed changes. I have gone to a few of the new establishments on 53rd Street. However, there are a few pockets in Hyde Park that bear surprises. Pho 55 at 1611 E. 55th Street is one of those surprises. What was once a Middle Eastern restaurant for years is now a Vietnamese restaurant with some delicious menu items for those who are open to sampling dishes from Vietnam. 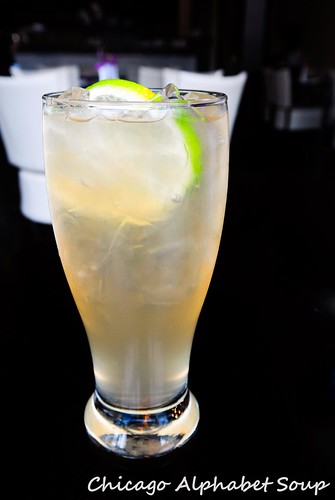 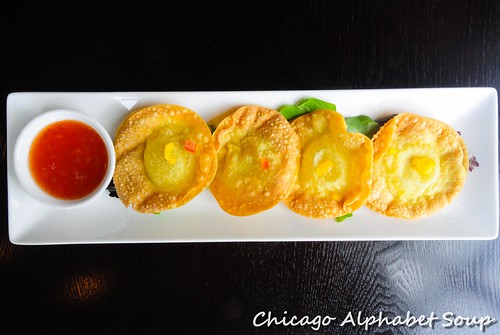 For a starter, I had deep-fried wonton sheets. The thin, minced shrimp inside of the fried wontons were not substantial, but the flavour overcompensated. Served with a sweet and sour sauce and atop a green salad, I could have devoured an entrée sized platter of these fried wontons. 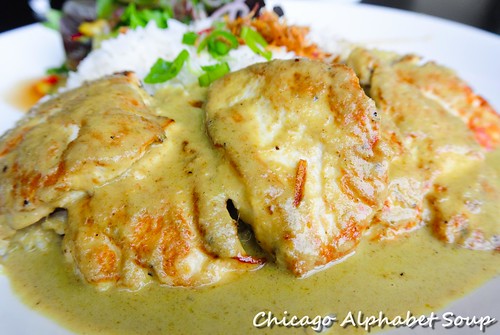 Having left a graduation ceremony, I had a white shirt on with my suit. Because of that, I did not have a soup for fear that the broth would splash about my shirt. Instead, I ordered grilled chicken in green curry with rice and a salad. I love spicy food and the green curry was spicy enough for a bite yet mild enough that I could enjoy the taste of the dish. Rice at Vietnamese restaurants alway has a perfect texture and the same was the case at Pho 55. As to the salad, I could have cut up the chicken, put it all in a bowl and had a wonderful time working my chopsticks on the dish. I was glad I ordered the curry dish than a pho. I did get one speck of curry on my shirt, though. 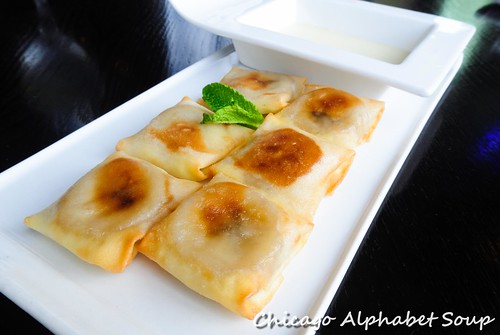 Being conscious again of my sugar intake, I had fried banana with vanilla cream sauce. The natural sweetness of the bananas in the fried wontons was better than any sugary dessert that I could have ordered. The vanilla cream sauce was only an accent, more like melted vanilla ice cream of the homemade variety.

Pho 55 does not have that hustling and bustling feeling that one experiences at Vietnamese restaurants in Chicago’s Little Vietnam along Argyle Avenue. There is a slight upscale atmosphere per the interior decor, but without upscale attitude. The service is fantastic. When you let a server make recommendations and he or she doesn’t act put upon, you have a winner in customer service. With outstanding food from the kitchen, it’s all about one pho the money, two pho the show, three to get ready, and pho to go. Yes, I know that sounds corny, but I couldn’t help it.