Having had some time to sit still, I read through several posts from the past few years. Of course, as of the pandemic starting in early 2020, I had not been going to restaurants so that I could blog the experiences. Even when restaurants did open, I ordered food for delivery and takeaway. It didn’t feel the same as going in for proper sit-downs, so my reviews have been scarce. And after getting in travel to compensate for being inside for two years straight, I have slowly added in-house dining to my routine.

Haidilao Hot Pot in Chicago’s South Loop district at 107 E. Cermak Rd. was my first hot pot jaunt in Chicago. A friend chose it as a spot for the second part of our April month-long birthday celebration. I will start off by saying that it was a recommendation that I’m glad she made and one that I will say in advance to others that they should follow through on.

My friend had been frequenting several tea shops in Chinatown and was curious as to the bubble teas. She ordered a mango bubble tea that was bursting with mango. I ordered the brown sugar bubble tea that was nothing short of truth serum. If I didn’t get the fascination with bubble tea, those two set me straight.

For a starter we ordered fried shrimp balls. They could have taken all other appetizers off the menu and left those shrimp balls. The stuffed plump popcorn shrimp in cheese and fried it. If delicious were a word, those balls would be the photo to use for display.

We opted for two soups. One with a tom yum base and one with a mushroom base. We ordered additional ingredients to go into the soups, though. With my friend and me leaning more towards seafood and vegetables, we had a variety of mushrooms, tofu, noodles, shrimp, and scallops to go into the soups. One thing to note is that you cook the soups at the table, which is a fantastic touch for true fellowship among others. Nevertheless, we also got complimentary, various condiments ranging from sauces (e.g., shrimp, ponzu, garlic, etc.) to herbs to nuts that we added to our individual bowls when we ladled in the soups. The tom yum and mushroom bases were already full of flavor, but adding some of the extra ingredients kicked the soups up that much more.

I recommend that you go with a party of at least four or five because there is a lot of eating. This is also not the kind of restaurant where you rush through the feasting. It takes time to savor each sip, slurp, and ahhh. There are several traditional hot pot restaurants throughout Chinatown, but Haidilao Hot Pot seems to stand out. The crowd was rather large when we arrived, but later thinned out. Once word gets out about this hot pot spot, there will be long lines. Get in now. 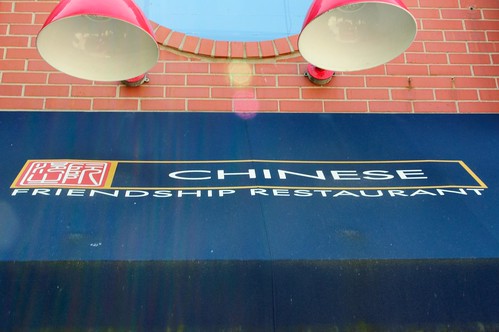 After a recent follow from a Chinese restaurant that is walking distance from my home, I decided to play nice and give it a fair try. I had feasted on Chinese food in mainland China, which resulted in me swearing off anything outside of China and Chinatowns. But let me just say that having discovered that Friendship Chinese Restaurant at 2830 N. Milwaukee Avenue has been in the Avondale area for several years, I am kicking rocks for just now find out about this bliss suite. I had missed out on some really, really, outstandingly delicious food because of my palate bias towards tasteless and nasty Americanized Chinese food. But no more. 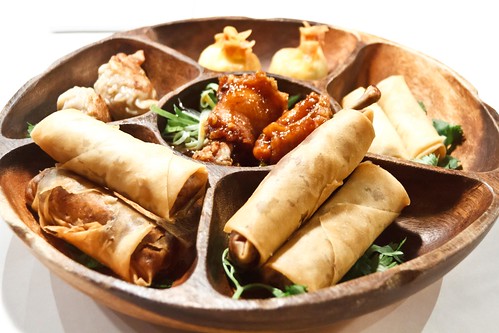 During my first visit, I was in curiosity seeker mode only. One thing I noted was the menu was one page, one-sided, with a nice listing of options. It was the fact that the menu was not a booklet, as found at countless Chinese restaurants. Playing safe, I ordered the appetizer sampler for a variety of small starters. What arrived at the table were a large platter of a selection of appetizers, two apiece. The Friendship egg rolls had seasoned, roasted chicken in them. The creamy crab rangoons burst with each bite. There were pot stickers, fish tofu kababs, and Peking duck rolls. And to make the appetizer sampler even more of a winner, the China wings in a faintly sweet and spicy sauce were well worth licking fingers afterwards. These wings must be a signature menu item. 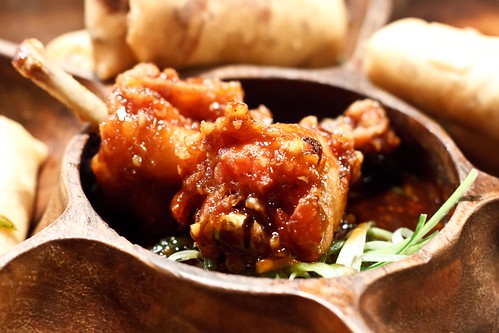 Because the appetizer sampler was filling and I was dining solo, I opted for only one other dish. The clay pot offerings looked interesting, so I ordered the Szechwan seafood mix. Arriving at the table in a small clay pot along with a side of rice, this was a deal maker for me. Filled with shrimp, squid, and abalone, also with a medley of mushrooms, broccoli, and snap beans, I wondered why this restaurant had not been touted as one of Chicago’s best Chinese restaurants. Perfect seasoning, right amount of spiciness, and no MSG, it was easy for each bite to pop on the palate with the same satisfaction I remembered experiencing per my visits to Beijing, Shanghai, and Hong Kong. 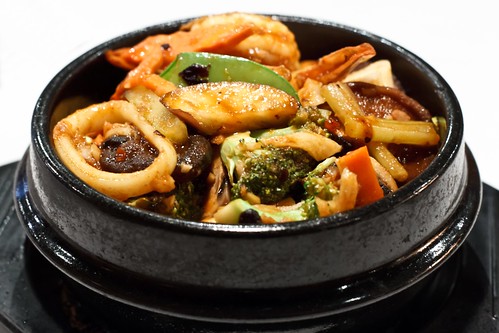 Not having ordered a lot on the first visit, I made a calendar entry for a return so that I could sample a few more items. There was the same welcoming service that I received on the first jaunt, so I was certain of the consistency with their staff. And since I had planned to try two main dishes, I started with the crispy Peking duck. I didn’t really pay close attention to this appetizer when I had it as a part of the sampler. Indulging it by itself really had me in love well before I had swallowed my first bite on the second visit. Tender duck that was not oily in a sauce that tasted like a marriage between soy sauce and barbecue sauce made for a plus as a starter. 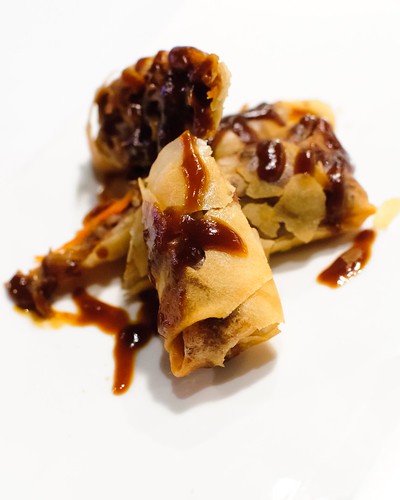 The first entrée I had afterwards was a plate of spicy peanut chicken. Just to give a little context, I hate peanuts. I have never been a fan of the texture, but I love peanut sauce and ordered the dish thinking I would get chicken in the sauce only. Well, I did get the chicken in the sauce, but also got peanuts in the dish. What popped into my head while I was going around the plate with the rice sopping up the last bit of the gravy was that I had devoured the peanuts without complaint. Maybe it was the enjoyment of the dish full of succulent chicken with fresh vegetable and a savoury sauce that made me forget about the peanuts. I intend to do it all over again. 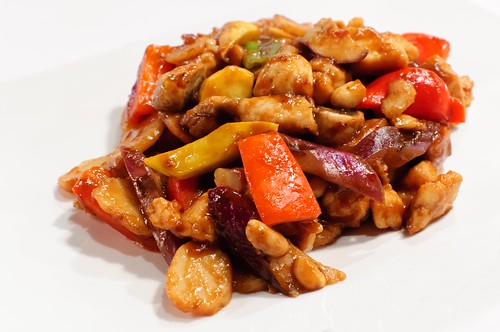 The second entrée was not on the menu. It was a new item that had not been added to the menu yet, a clay pot of short ribs with vegetables, a cauldron of absolute happiness. The short ribs were tender and seasoned like the kind of meat cooked for hours in a slow cooker. And the garden fresh taste of the broccoli, snap beans, mushrooms, and water chestnuts added that much more flavour to an already top dish. This will no doubt become a favourite to those who order it in the future. 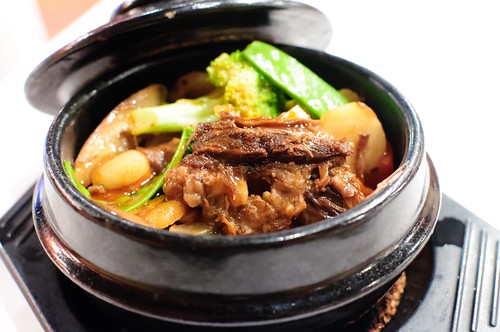 Friendship Chinese Restaurant is in a section of Milwaukee Avenue just north of the burst of growth that Logan Square is experiencing. There is a fair amount of foot traffic in the area so as revitalization moves along Milwaukee Avenue, there very well may be mention of Friendship Chinese Restaurant as a recommended spot. I must say that being someone who has had an aversion to bad Americanized Chinese food, I got a renewal of faith that there are some fantastic Chinese restaurants off mainland China. If I don’t find any others, I can vouch for Friendship’s authenticity being the draw that keeps me returning. Oh, I typed this review after blocking a few hours on an upcoming Saturday for a threepeat.