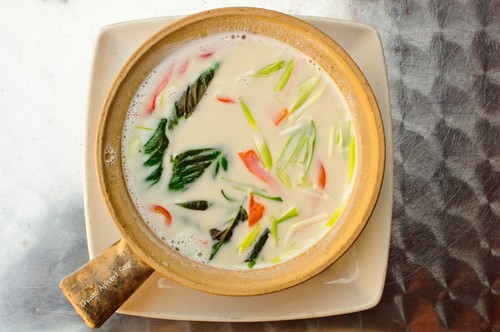 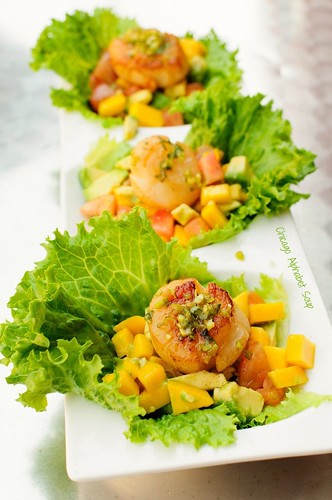 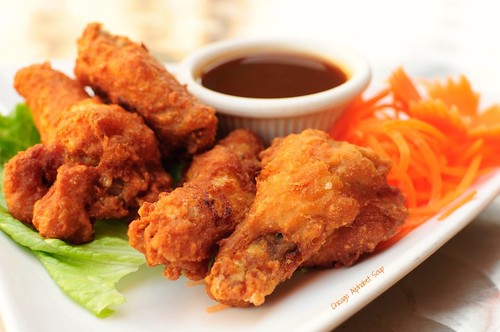 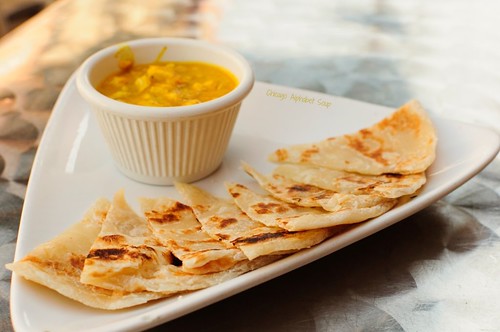 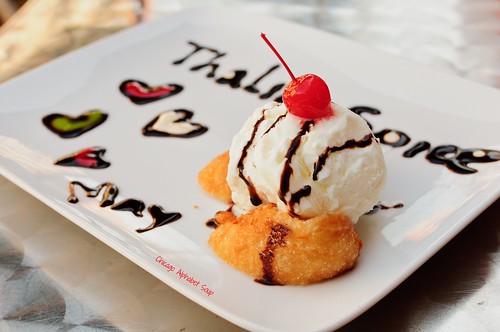 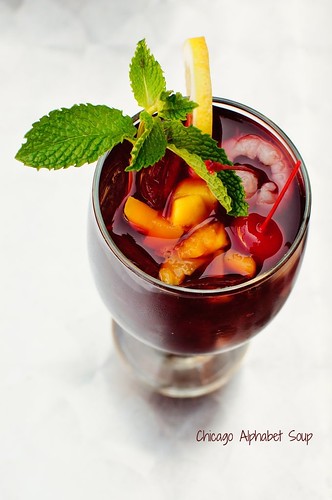 One of my biggest peeves about Chicago is the cellular phone reception that I receive — or rather not receive. Add to that the whole clown fiasco involving battery life on cell phones these days. A friend was trying to reach me several weeks to ago to let me know that he and another former co-worker were meeting at a Filipino restaurant to grin over a few plates of food. Thanks to a cell phone from a wireless provider whose coverage in Chicago is worse than what I have ever had in rural Mississippi, the calls to me kept dropping. By the time we resorted to texting, the battery had died a quick death shortly thereafter. When I got home, charged the battery fully, and saw that some photos had come through of some appetizing food, I was ready to call AT&t and give a customer service representative my permission to end my relationship with them.

But that was okay. I made sure to keep my cell phone on a charger constantly because missing out on food is a bit of a problem that I refuse to entertain on an ongoing basis. The next time my friends were planning to go to the Filipino restaurant, I was going to be ready for action along with them. Pecking Order at 4416 N. Clark Street in Chicago’s Ravenswood neighbourhood was the spot my friends had been taunting me about. I had been searching for some Filipino restaurants in the Chicago metropolitan area, only to find one or two, and was pleasantly surprised to note that Pecking Order is not far from home. So, having arrived — after creeping in rush hour traffic — we sat, scanned the menus, and my friends commenced to order since they were already regulars there.

There was special corn, not literally, though. This was sweet corn from the cob that had been accented with spicy mayonnaise and cheese. For some bizarre reason, mayonnaise seems to be popping up a lot in menu items I have been ordering. Not that it’s a bad thing, but mayonnaise is slowly working itself off of my Top 3 things I fear — small planes and small boats occupying the top two positions.

Being of West Indian stock, I am never one to turn down a plate of plantains. And if they are as deliciously prepared as the ones at Pecking Order are, then you will understand me without incident. They weren’t dry. They weren’t fried to a horrible crisp. They burst with each bite and the jackfruit chutney that came with them were a beautiful accompaniment. I am going out on a limb with this observation, but no one can deny that these plantains are the best that you will find in Chicago — no one.

Then came the potatoes and Lola’s Gravy with cheese. Whoever Lola is, someone needs to do an excerpt on her and really advertise her loving from the kitchen. One may think that it was just a bowl of potatoes. No, it was a bowl of potatoes that popped with flavour. Thankful that the cheese was not Velveeta lava, but rather shredded cheese, you indeed get to taste the ingredients rather than simply acknowledging that you had some potatoes that looked doctored up.

If you have friends like some of mine, then you often hear them making statements like, “No one prepares greens like I do.” Right, and the greatest riddle of all times is the one about the twelve rabbits and the cheesecake. My friend who had organized the evening excursion to Pecking Order had kept talking about the greens.  Oh how he wore it out.  And after the first forkfuls of the greens, I understood fully why he raved about them. Apologies to those of staunch religious leanings, but when Jesus Christ returns, it will be for the greens at Pecking Order, not to save souls. We’re talking collard greens and mustard greens cooked in coconut milk with ginger, apple wood smoked bacon, and accented with crispy onions. I smile just thinking about them.

Whenever you think of fried rice, it is usually of the Chinese variety — shrimp fried rice, chicken fried rice, vegetable fried rice and beef fried rice. Thanks to sauces and ingredients, the dish comes out brown. Well, skip Chinese fried rice from now on and go get yourself some Filipino garlic fried rice. Oh what a beautiful day.  Still fluffy, but riding the event horizon to sticky rice, this dish is a must for anyone who has an appreciation for rice with their meals. I swear I could have garlic fried rice as a side to every meal and never tire of it. And if you have to ask, yes, it was just that good.

The chicken comes prepared three different ways: grilled, fried, or roasted. Because we opted for wings, the fried method was what we had. Now, I had heard that Filipino chicken is delicately fried such that the crust is very crispy. I was thinking it would be like Moroccan chicken. Much to my surprise, it was like Southern fried chicken without having been fried in an egg batter. That was fine. Although I devoured the pound of wings without complaint, there was a hint of some herbs and spices that I could not place. They worked well, but I could not pick up on the kick that danced about on my palate.

Pecking Order may present the look of a small cafe when looking at it from the outside. Once you get inside, it comes off like entering Dr. Who’s tardis. It is large and extends quite a bit. The service is outstanding and helpful. No way for anyone to go there and find fault in their lively dispositions and fantastic assistance. When it comes to price, be prepared to be floored. For all of the food that we had ordered, it was super being able to drop cash on the table and not worry about whether the wallets were empty after paying. Great service, outstanding food, and reasonable prices: the makings of a necessary calendar reminder to return in the near future to try a few more things from the menu.