During spring and the very beginning of summer, Chicago has had some angry weather. The heat and humidity have been extreme. And it seems that thunderstorms pass over the metropolitan area every other day during the afternoon rush hour. When we have had some nice days, they have been good enough to take advantage of some al fresco dining. I managed to squeeze in a day of some patio dining at Praga/Bonton in Lombard, Illinois, at 229 W. St. Charles Road to see how they tempt the palate. 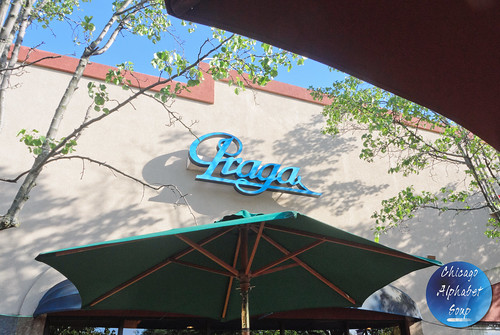 Only wanting a sampling on the first visit, I settled on two courses. The first was a lobster ravioli. While I have had more than my share of lobster ravioli at various Italian restaurants, it is always a plus when you get a dish that leaves you wanting more. The cheese inside of the ravioli had a la tur texture, very creamy and rich. The lobster chunks were not mere hints, which was all the indication I needed to know that there was neither imitation nor essence stuffed between the pasta. Topped with a corn and bell pepper confetti, this moved up to the top spot as best lobster ravioli that I have had in Metro Chicago. 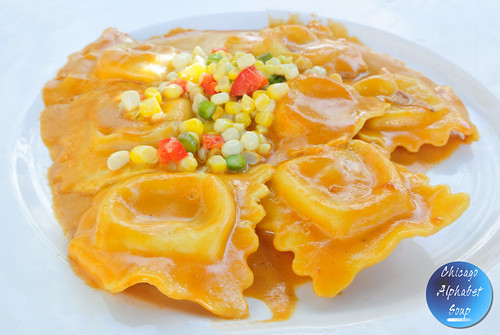 The second dish was a risotto with diver scallops on top. My favorite Italian osteria in Logan Square serves the absolute best diver scallops risotto that I have had to date, but the dish at Praga/Bonton is a very close second. Filled with mushroom, asparagus, and wild truffle sauce, I recommend this dish. It pops with flavor without being busy on the tongue. Get a bowl for yourself, as sharing may result in too much of it going fast and regrets for not being selfish. 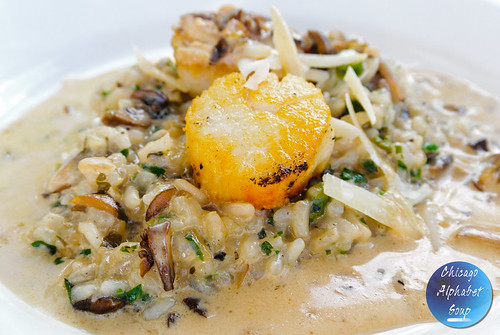 For my second visit, I wanted to try a few other dishes that were more French. The offerings that I had the first time were very much couched in Italian and authentic in flavor, so I was curious to see if there was a proper amount of respect paid to the French menu items. They scored high marks in that space.

Veering away from escargot, since that is such a common item on menu items, I started with a bowl of forest mushroom soup, laced with sherry. Again, dining al fresco, it was rather hot outside, but the soup was not one that left me lethargic from being heavy combined with the outdoor heat. Packed with flavor from fresh mushrooms and a savory cream base, I polished it off and then used the complimentary bread to go around the inside and bottom of the bowl, sopping up as much of the rest of the soup as possible: Clean Bowl Society. 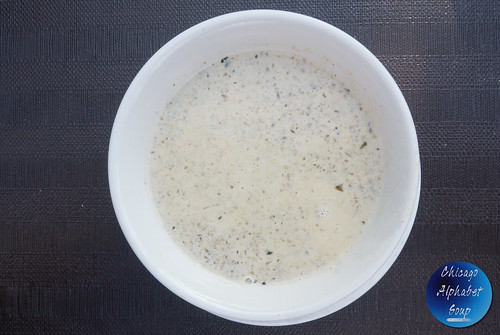 The second course was a crab cake atop an avocado papaya chutney and arugula salad with an avocado vinaigrette. The bliss factor for the crab cake was that there was very little breading used, more dusting than anything. The crab cake was another dish packed with flavor without having one wonder if the chef was trying too hard to season the dish. You could taste a bit of the sweetness in the crab meat since it was not masked by an unnecessary melange of herbs, seasoning, and other spices. The bed of vegetables reminded me of crudites, which is a small side dish of julienne vegetables (e.g., carrots, cucumbers, bell peppers) that many in France enjoy. 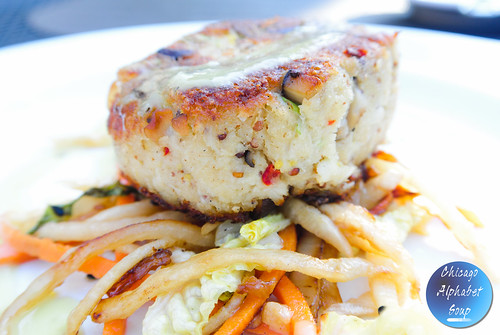 The third dish was a plate of beef medallions under frites. The chef erred on the side of preparing the beef tenderloins medium well and I was appreciative. The meat was neither runny nor was it charred to an unappetizing crisp. It was just right and whatever seasoning used to marinate the meat gave it enough smack without a need for any additional seasoning help. Add to that the Cognac flambe and the tenderloins having been sauteed in Bordelaise sauce with wild mushrooms, along with grilled asparagus spears, the marriage with the frites made it delectably French. 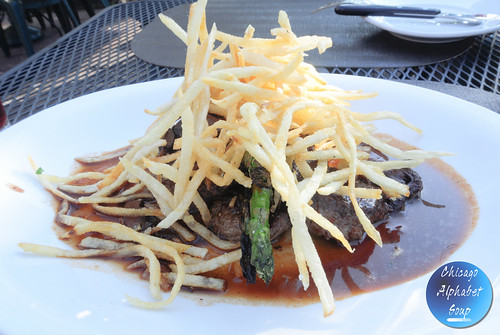 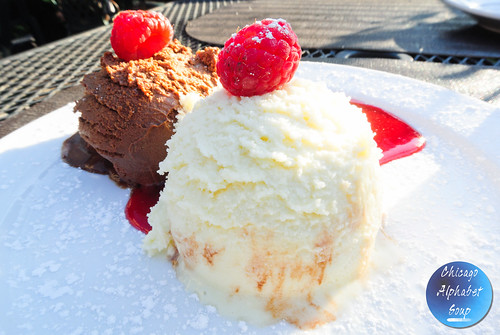 Needless to say, the output from the kitchen was absolutely winning. The table service is also outstanding. My server during the first visit was quite conversational and good about making recommendations. On the second visit, the server remembered me, minus my 6-inch beard that I had shaved, where I sat, what I ordered, and my preference for cranberry juice. Service is everything and Praga/Bonton sets the bar high for creating a welcoming environment. The menu is a mix of Italian, French, and German-Austrian, but still retains authenticity in each without compromising recipes. If you are ever passing through the downtown Lombard area and wondering about dining options, add Praga/Bonton to your list.